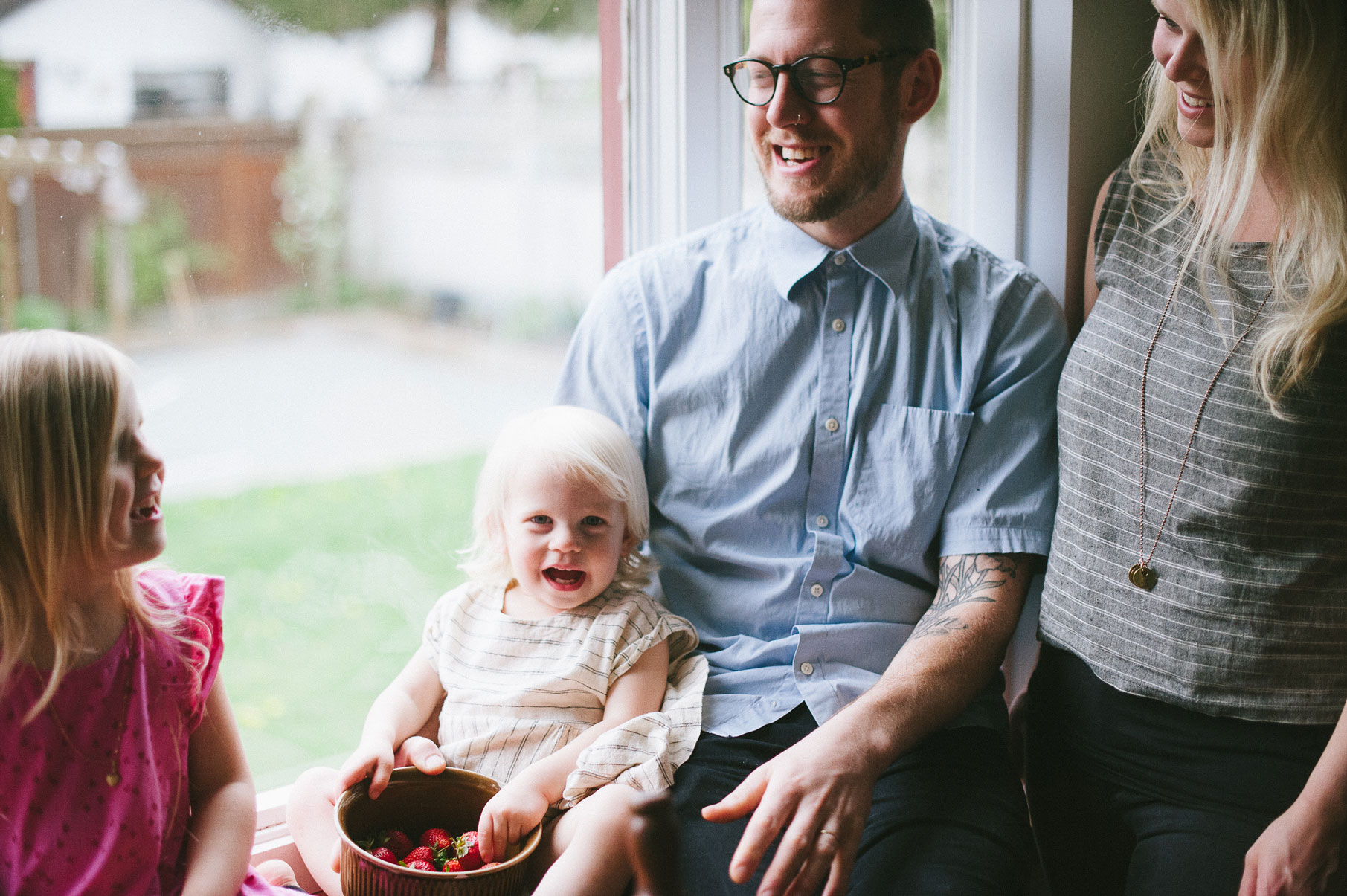 “We used to walk around old neighborhoods in Victoria and East Van where we lived,” Johannes said. “We would see these cool houses with front porches, and we’d look at each other and say, ‘One day…’ We were dreaming.”

Johannes and Kristina had other dreams too, and they realized that owning their own home would probably have to wait while they pursued those other dreams, like starting a family and launching their own café and bakery.

After several years in Victoria and Vancouver, the couple moved back to Abbotsford, where they had both grown up. They rented a basement suite on the east side of town and started to pursue their dreams one by one.

In late 2013, they became pregnant with their first child. At the same time, they were working hard on their vision and business plan to start their café in the Abbotsford area.

Although they had originally wanted to start the business in downtown Abbotsford, they settled on a location across town on South Fraser Way just west of Clearbrook Road.

In 2014, Johannes and Kristina welcomed their first child into the world, a healthy baby daughter named Else. She was nothing less than a dream come true.

Nine months later, in February 2015, they opened Oldhand Coffee, which quickly grew in popularity and promise. A second dream had come true.

Oldhand was a bold venture for a young couple with a newborn. “The timing was crazy,” Kristina said. “I don’t know what we were thinking.”

But they forged ahead with purpose and courage, and somehow believed that they could continue to realize their dreams.

Life was hectic and thrilling at the same time. But there was one area of their life that continued to pose a challenge – their home. They were still living in a rented suite, and they were driving back and forth across town several times a day with a baby in tow.

“That’s when we re-connected with Mike,” said Kristina. “He was a family friend who had just started Kinfolk. My mom and his mom have been close friends for years. So even though he was a new realtor at the time, we trusted Mike right away. We just loved his energy and we knew that we could trust him to find us the right place. He gets us, and he understood our vision for our family.”

With Mike as their guide, they started looking at possible homes in the Clearbrook area near Oldhand. But they quickly became discouraged. “We really didn’t see anything we liked, and we started to realize that we might have to invest more money – money we didn’t have on hand.”

The banks didn’t help. Around this time, the couple was told that financing a mortgage was near to impossible for owners of a new business. “They wanted to see our tax returns from at least two years,” Kristina explained, “but we’d only been in business for just over one. We knew we would have to wait.”

In the meantime, in 2016, they had their second child, Ingrid, another darling daughter. As their family and business grew, they were inspired to keep dreaming about a place to call home. 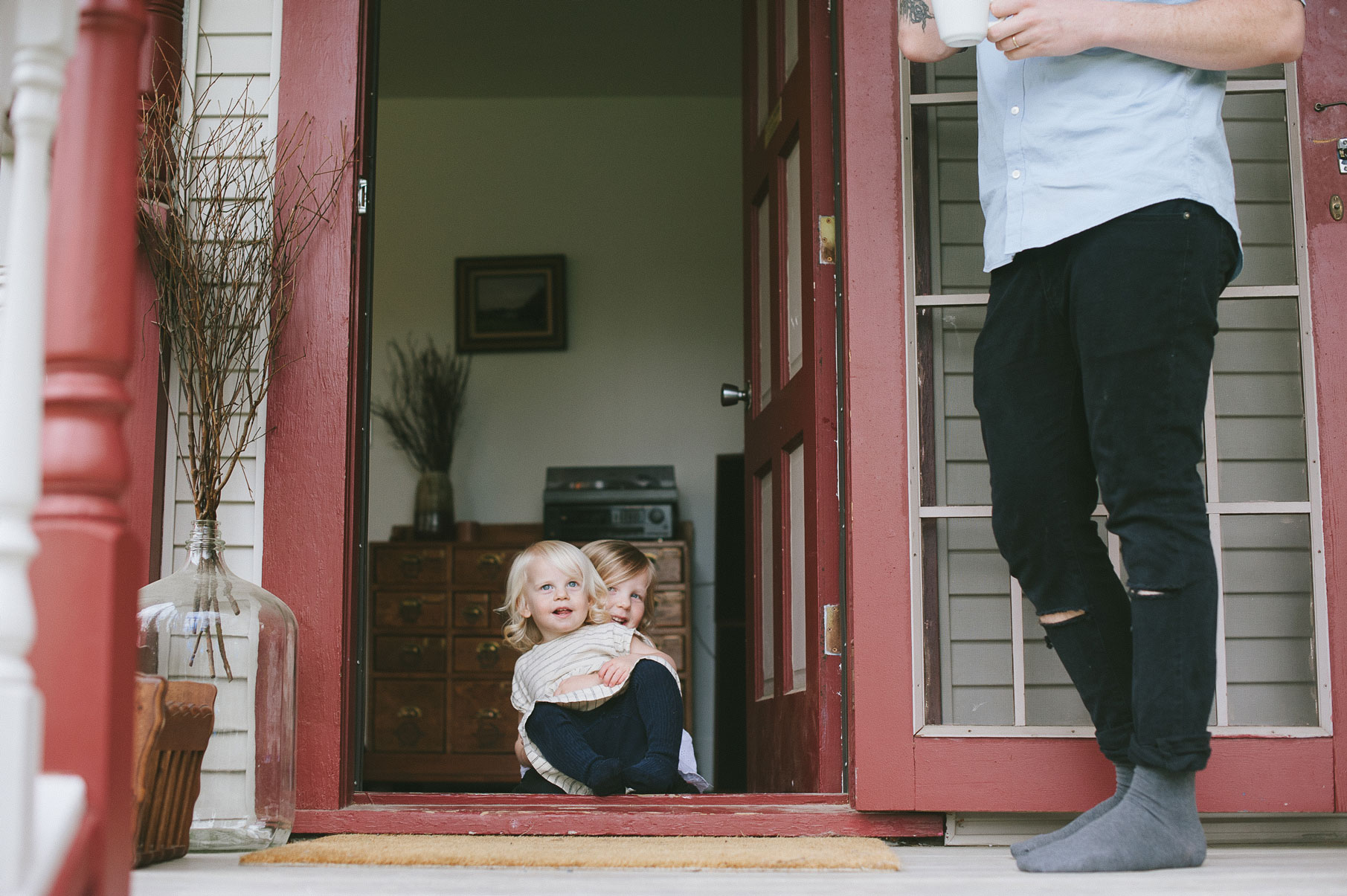 Then, after only eighteen months of running Oldhand out of their Clearbrook location, the original building that they had looked at in downtown Abbotsford became available. So they decided to move the business across town. “It was another huge risk, and another big investment,” the couple reflected, “and it only seemed to further delay the idea of owning our own home.”

Moving Oldhand to downtown Abbotsford turned out to be a huge success. On Pauline Street (its present location), the business flourished amid a rejuvenated downtown business culture, a community that Johannes and Kristina embraced wholeheartedly. And although the move eastward did put them into closer proximity to their basement suite, the couple became more enamored with the idea of owning a home near Oldhand.

With two years of business success in the books, the bank approved their mortgage and the couple began searching for a house near downtown. Again, Mike was happy to assist them as they explored possibilities.

“We were really anxious to get out of our basement suite,” Johannes added, “but we still didn’t see any homes for sale near Oldhand that we were really excited about.”

Until one day, they heard about a house in a neighborhood that they knew very well, a neighborhood just five minutes from Oldhand where both of them had family living. They just never thought they’d find a place there. Kristina remembers saying to Johannes, “I can’t believe there’s a house for sale in our dream neighborhood!”

As quickly as they could, they made arrangements to see the home with Mike. They loved the house immediately. Although it needed some work, it was in the perfect location and it had a porch where the couple had always dreamed of drinking their morning coffee. 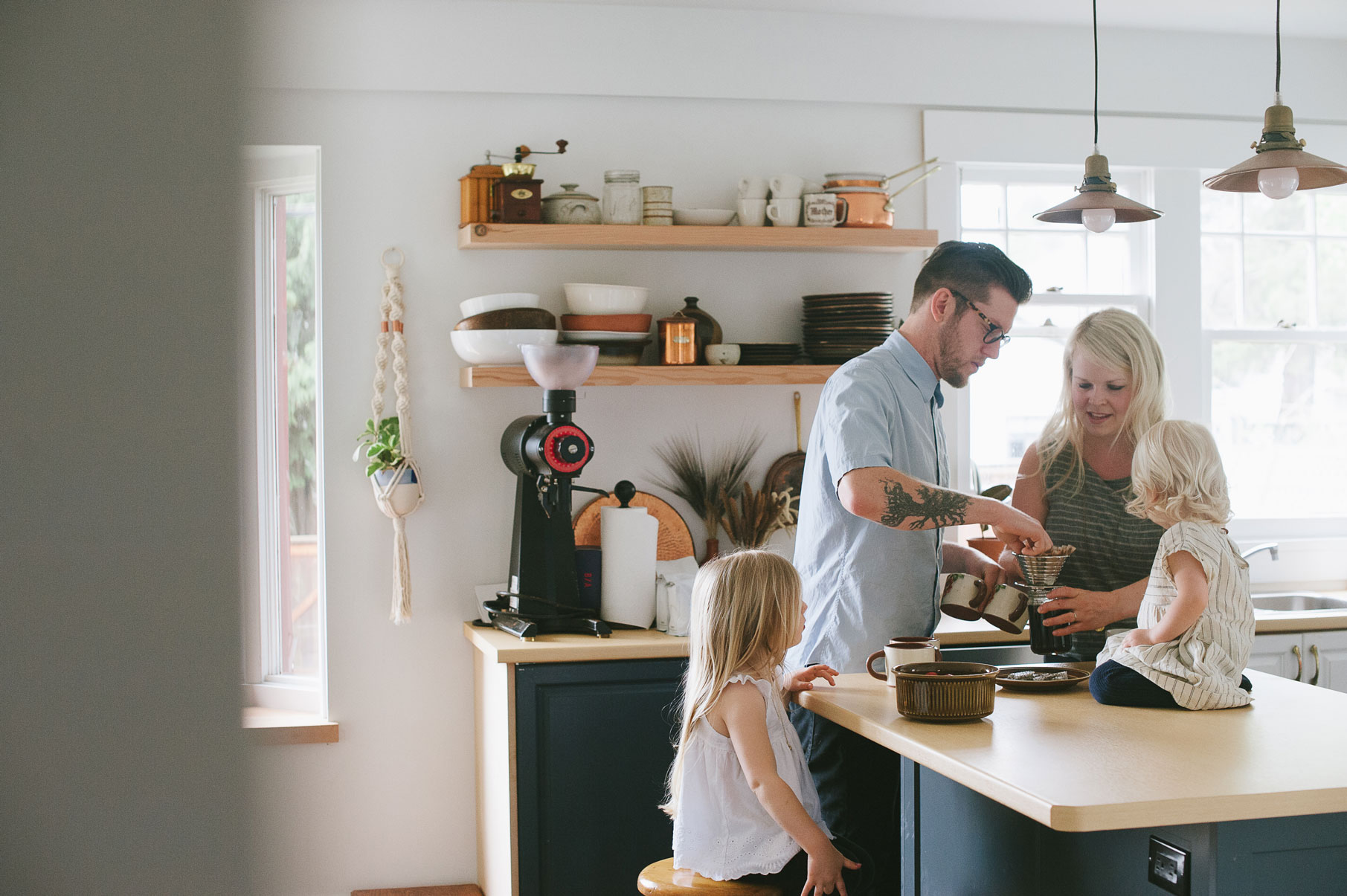 “The rooms were small and sort of divided up in a weird way,” Kristina recalled, “but it had really good bones and we just knew that it was going to be the one. There was a great backyard and a beautiful garden.”

When it came to negotiating the final numbers, the couple was actually away on a camping trip in the States, but Mike walked them through the process by phone and closed the deal. “It was stressful, negotiating the deal while we were away, but Mike took care of the details for us and made it happen.”

Once they took possession, the couple made some aesthetic changes to the house before moving in. “When we looked at other places, we thought we’d have to spend all of our money to fix up a place, but with this one, all we did was some basic renovations, some painting and some flooring.”

Today, the couple is thrilled with their house. “We couldn’t ask for a better street, better neighbors, or a better home.”

For Johannes and Kristina, the years of waiting are over. “When we were starting Oldhand, a lot of our friends were buying houses and we thought, well, we can’t do that right now. Maybe one day it’ll be our turn too.”

Now the couple walks to work at Oldhand in five minutes, and their kids attend a day care not far away. “Since getting our home, our quality of life has increased by so much. We’re so grateful.”

“The waiting just made the finding all the sweeter,” Kristina concludes. “We have everything we could have ever dreamed of. This beautiful home, our dear children, a thriving business, and now another downtown project on the way, a brunch restaurant called Little Brother. We couldn’t ask for more!”